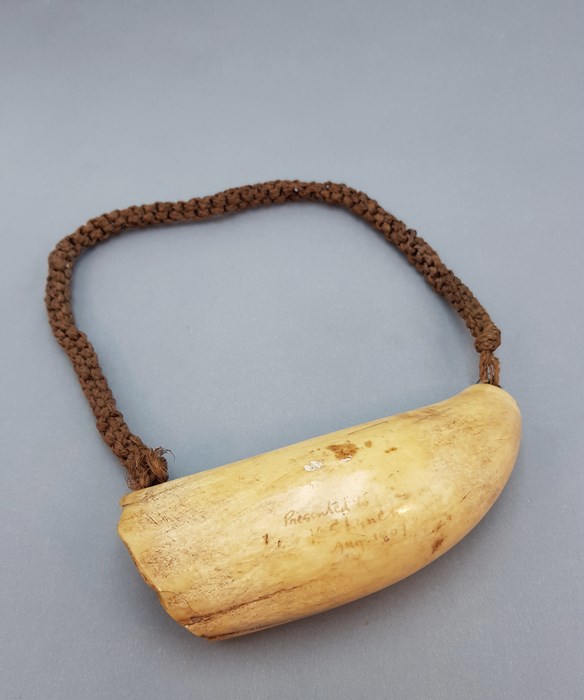 An exceptionally fine tabua (tambua) with its plaited coconut fiber necklace and an old ink inscription.


Provenance An old Ferro-Gallic ink inscription to one side reads: “Presented to K. S. Lynch, Aug. 1907,”.

The tabua is a polished tooth of a sperm whale that is an important cultural item in Fijian society. They were traditionally given as gifts for atonement or esteem (called sevusevu), and were important in negotiations between rival chiefs. The dead men would be buried with their tabua, along with war clubs and even their strangled wives, to help them in the afterlife. Originally, they were very rare items, available only from beached whales and from trade with neighboring Tonga (where the practice may have originated). Later in the early 19th century thousands of whale teeth, as well as fake teeth made from elephant ivory and walrus tusks were imported to the islands.