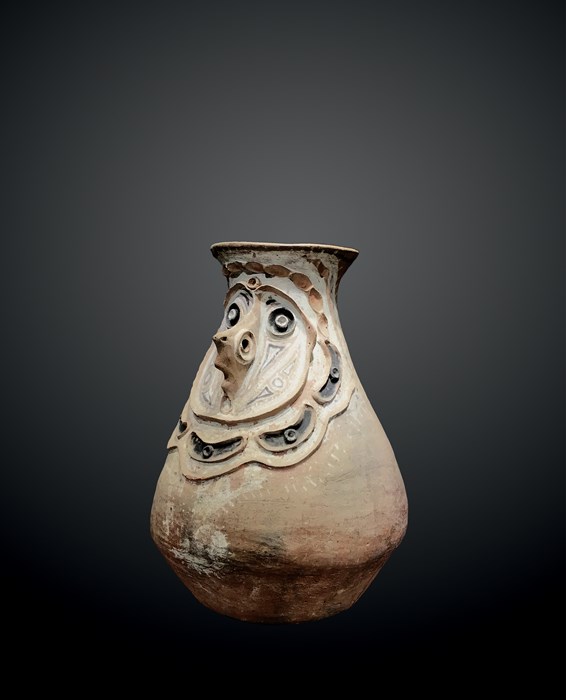 A remarkable sago flour storage jar decorated with a large main face and a small stylized face in profile instead of the nose. The decor is finely painted in red, black and white.

The Aibom (from the name of the village) do not harvest sago : they obtain it by trade with other neighboring groups. As a result, there is a constant need to store the sago and these magnificent jars are made for that purpose. There are two types of jars The small model is called NORANGGAU : it is short, squat, and rather inelegant and is used to store the fresh sago before it is either smoked or cooked. The large model, called DNMRAU (the present example), is used for the long-term storage of smoked sago. The face is placed to one side of the long neck on the large type of jar, while on the small one there are two to four faces placed around the upper third of the pot These faces represent either humans, animals, or bush spirits. It is interesting to note that women make the jars, while the men decorate them by carving faces in the fresh clay and painting the jars once they are fired.