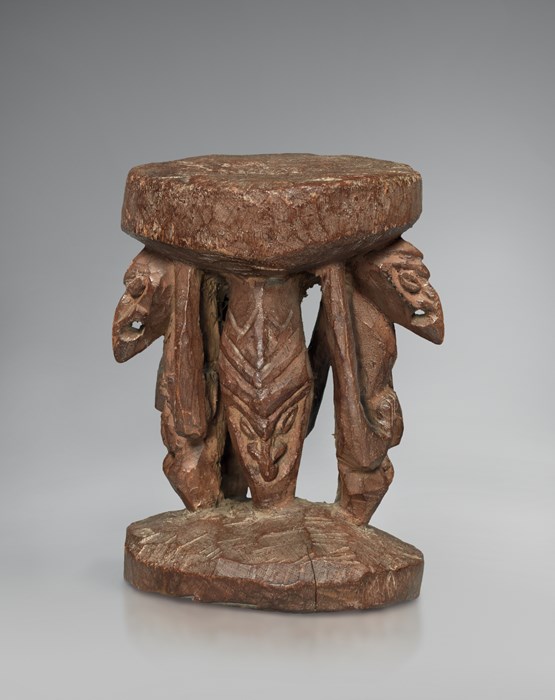 A very fine and rare headrest supported by three caryatid human figures and a separate human head. The caryatid figures are carved with long pointed face in a style resembling a large bird-beak or the head of a flying-fox. Their arms descend from the underside of the upper plateau and turn inwards with the hands resting on the belly of each figure. This is a very unusual configuration and possibly represents the arms as wings relating further to the pointed faces of the ancestors and the symbiotic relationship between man and the clan emblems here represented by the flying-fox. The singular head is carved attached both to the upper and lower section of the object serving as a further support.

Literature: Several other headrests by the same hand (or workshop) are recorded in various public institution collections in Amsterdam, Berlin, Terveuren, and Brooklyn; as well as two headrests supported by ancestor heads identical to the one on the present example illustrated in HEAD-RESTS, Gal. Meyer, 2004, fig. 15 and 16.