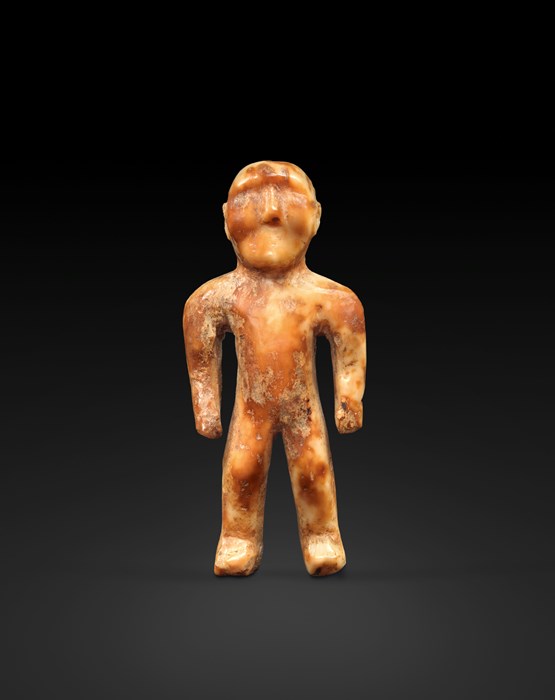 Literature: This powerfully carved figure is difficult to place without collection provenance. There are strong similarities with a number of small animated carvings that are from the Diomede Islands far to the north of the Bering Strait. Yet this figure appears to be much older or at least to have an archaeological patination. The archeologist William Laughlin found in the period between the 1940’s and 1960’s a very similar figure on or near Umnak Island in the Aleutian chain with a similar patination of great age.