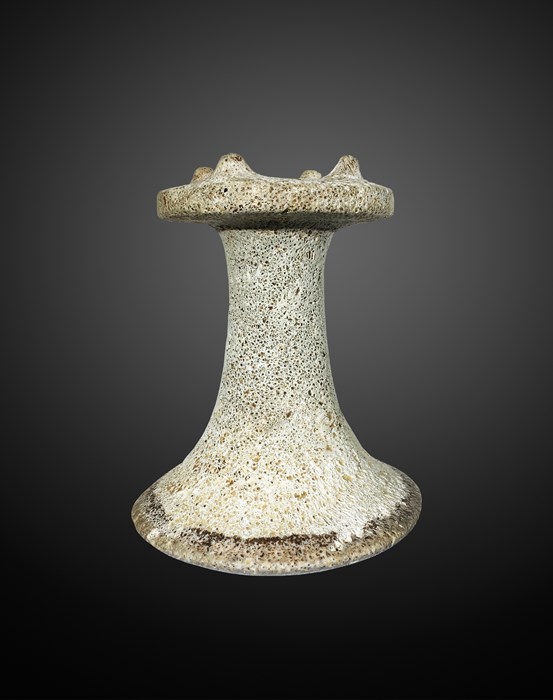 An extremely fine food pounder or phou powerfully carved of a single piece of massive coral rock. The flattened top of the pounder is decorated with four large, raised, equally spaced nipples. The extremely weathered patina is from exposure to wind swept sand. These heir-loom pounders were often buried with their female owners and have surfaced, over time through the erosion of the tombs at the seaward gravesite of the atoll. Chuuk Island (formerly known as Truk), Caroline Islands, Micronesia. Coral rock with a weathered patina. 18th/19thcentury. 17 x 12.5 Ø cm.