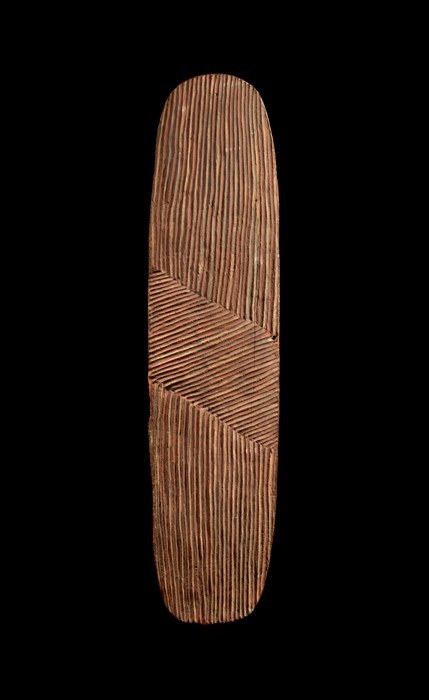 A so-called “Wunda“ or Kimberly shield. The front is decorated with a deeply grooved motif set as a zig-zag and paint alternatively with natural ochres of three different colors. The rear is grooved vertically and painted with red ochre. The monoxyle handle is of bridge form and shows a series of purposely made cuts to its center. Murchison and Gascoyne River region, Western Australia. Wood with original pigments. Carved with non-metal tools and retainng its original patina of age and usage. 72,5 cm. 19th/20th century.