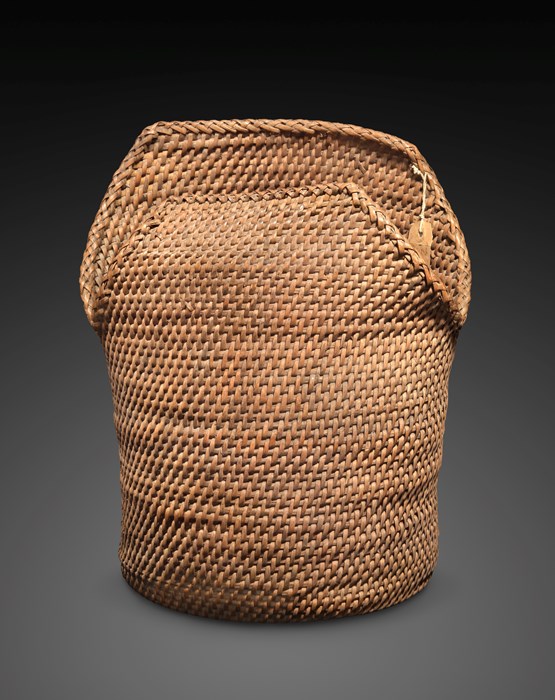 Provenance BL Hornshaw (1878-1937): finder, recorder and collector of Aboriginal art and artefacts. Bernard Hornshaw also built up a remarkable collection of specimens of ethnological, archaeological and historical significance to Australian Aboriginal art and culture, much of which remains intact. His original museum filled a room at his home and many distinguished visitors sought to see it.

Noted for his knowledge of Aboriginal rock carvings (petroglyphs), Bernard Hornshaw devoted the leisure of a lifetime to the study of, research into, and the recording of Aboriginal rock art. He made many notable discoveries, including some of the most interesting groups within 80 km of Sydney. His work attracted the attention of many experts and scholars of his day, including Elkin (1943) and Barrett (1937b, 1943). His work was often reported in the daily press, of which `Ingegoodye' (1932) and Barrett (1932, 1937a) are but a few examples. He himself formally published little of his work, Hornshaw (1930a) being a rare example. He preferred to communicate personally with experts and scholars of the time. But he did assiduously record his work in photography, sketches and notebooks and he corresponded with others regarding his work. Hornshaw was an active foundation member of the Anthropological Society of New South Wales.

Bernard Leslie Hornshaw was born at Merricumbene Station, near Braidwood in New South Wales, in 1878 but lived all his married life at Drummoyne in Sydney. He loved bushwalking, and it was during his excursions as a young man that he began to notice petroglyphs. He decided to make a scientific record of all that he found. Very soon all of the well-known groups within a short distance of Sydney had been visited, and scores of others located. He then went further afield, continually finding still more rock carvings in his ever-widening search.

See an identical woven cane cuirass collected by Luigi Maria D'Albertis on the Fly River expeditions between 1876 and 1877 and published by him in NEW GUINEA - WHAT I DID AND WHAT I SAW, Vol. I and II. London: S. Low Marston Searle & Rivington, 1880, p. 126, vol II.