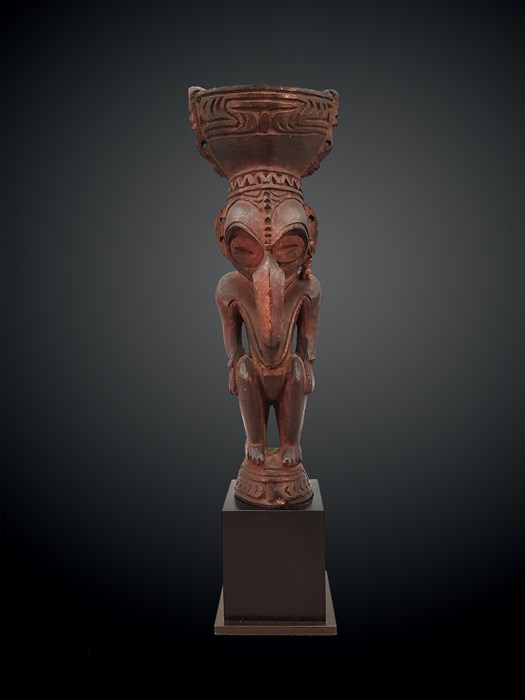 A full figure betel nut mortar representing a free-standing ancestor figure with an exaggerated recurved nose. The powerfully built male figure shows extensive tattoo motifs incised on the chest, rear of head and shoulder blades. The bowl of the mortar is decorated with incised geometric motifs around the outside and there are two small, stylized animal heads at either extremity. The sides of the bowl and both ears are pierced for fiber ornaments (one remining). Murik Lakes, Northern area of the Sepik River Delta, Lower Sepik to North Coast, PNG, Melanesia. Hard wood with red pigment, betel-nut residue and fiber. 2l.6 cm. First half of the 20th century.