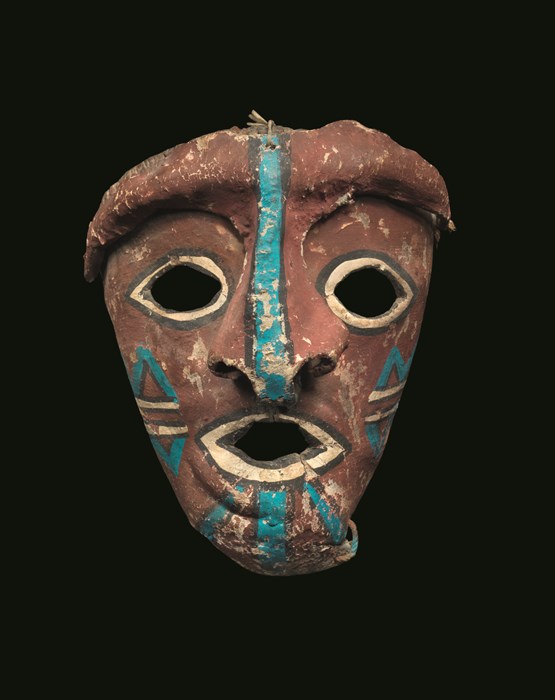 A very fine mask representing an unidentified Kachina. There is a possibility that it may be a Tutumsi (or Komantsi - Comanche) Kachina (this type of mask is also called Komanchi in certain texts) which represents the Comanche Indians that are regional neighbors. The mask is quite unusual, as the artist has created a remarkable intensity and physicality by adding the nose and brow in 3D as a separate piece to the face. Amongst the Hopi the Tutumsi does not seem to be a popular kachina, and there are very few dolls and masks made to represent him even though he appears sometimes in the Mixed Dances. Hopi Tribe, Arizona, USA. Mexican tooled saddle or boot leather, poster paint, cotton string and cord. 17,5 cm. Early 20th century.