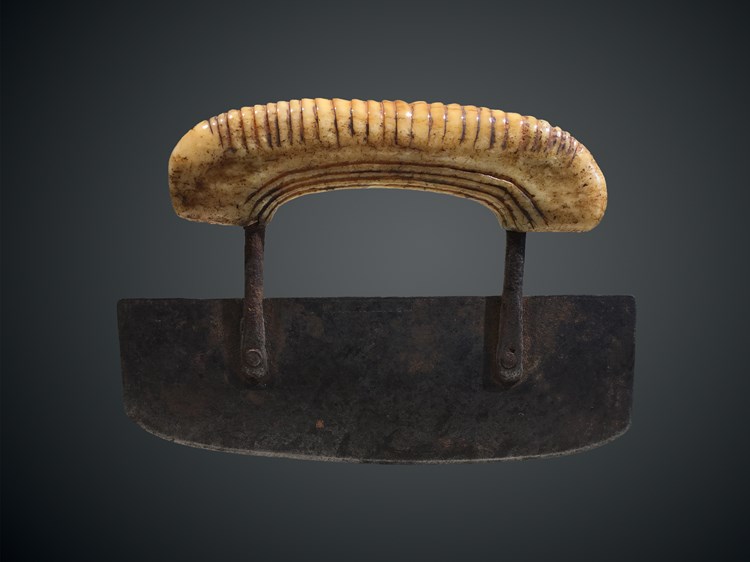 A very fine ulu or woman’s knife. The ulu is a crescent (usually) bladed knife culturally exclusive to females. It is used to prepare skins, cut meat and fish and can also be used to cut hair or small items of wood. The ulu is considered to contain the knowledge of the ancestors and it is thus passed down through the female generations as an heirloom. In the pre-metal period, the blades were made of slate, quartzite and shale, and more rarely cold-hammered native copper or meteorite. Later on, imported iron and steel were incorporated into the manufacture of ulu blades. The present example has an unusual and wider blade than most which is attached to the finely carved arched grip with two iron, riveted struts. The grip is beautifully carved with a ridged pattern divided in the center and directed outwards towards each end of the blade. Western (?) Greenland, Thule Culture, 1500 – 1800 AD. walrus tusk (odobenus rosmarus rosmarus) and iron blade. 17,4 x 12,5 cm.