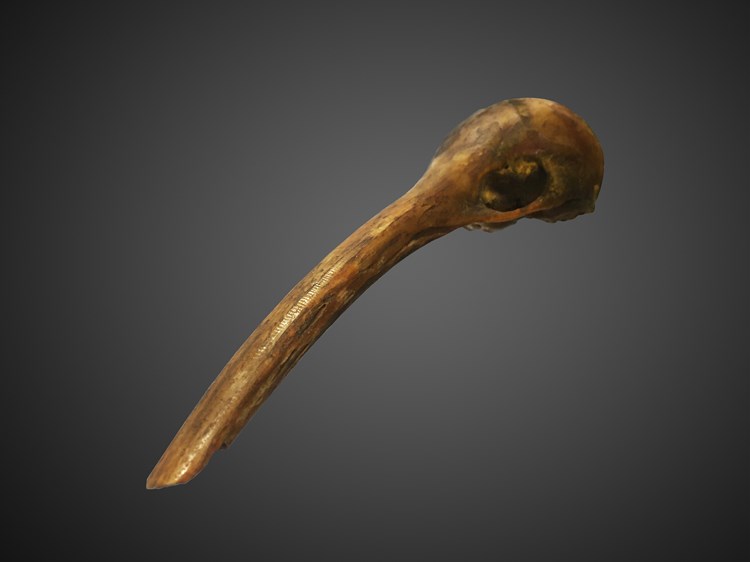 The embellished skull of a long nosed spiny echidna originally worn as a hunting or war charm by a warrior. The skull is beautifully patinated from long usage and handling. There are extensive traces of original tribal pigments used to paint the skull. Central Highlands Area, PNG, Melanesia.  Skull of a Barton’s echidna (Zaglossus bartoni) and pigments. 17 cm. 19th/20th century.

Literature: The western long-beaked echidna is an egg-laying mammal. Unlike the short-beaked echidna, which eats ants and termites, the long-beaked species eats earthworms. The long-beaked echidna is also larger than the short-beaked species, reaching up to 16.5 kilograms; the snout is longer and turns downward; and the spines are almost indistinguishable from the long fur. It is distinguished from the other Zaglossus species by the number of claws on the fore and hind feet: three (rarely four). It is the largest extant monotreme.
https://en.wikipedia.org/wiki/Western_long-beaked_echidna
Echidna photo : © Muse Opiang.